As a cannabis marketer or entrepreneur, edible marketing is probably something that’s not at the top of your priority list, and understandably so. Generally, recreational users still seem to prefer smoking their buds, either through a joint or a bong.

But the edible market is continuously growing, and you’d be surprised at how many people are starting to prefer it as their main method of consumption. This 2018 study, for one, revealed that people are now more inclined to choose edibles, primarily because of the absence of smoke, both firsthand and secondhand.

But does this mean you should consider investing a chunk of your money in marketing edibles? Let’s delve into it further.

There are a few reasons for this: one, newer, younger users are believed to be intimated with the other consumption forms these days, like dab rigs. Some of them are unable to roll a proper joint, while others aren’t fond of inhaling smoke.

If you spoke about edible cannabis to an uncle who lived through the “flower power” era of decades past, you’ll likely hear more about space cakes and brownies. But since recreational legalization happened, manufacturers have come up with a wider variety of edible choices.

These days, consumers can enjoy cannabis edibles in different forms, whether it be gummies, candies, chocolate bars, and even infused sodas and juices. Entering a dispensary is like being in a candy shop, and that’s caused a dramatic change in how people consume their weed.

The Changing of Times

Society’s stance on cannabis alone has dramatically changed throughout the years. In a nutshell, people have become more accepting of it, and as a marketer, it’s only proper to adapt to the changing times.

Currently, we’re looking at the possibility of federal legalization, and that alone would create a major ripple effect throughout the industry. 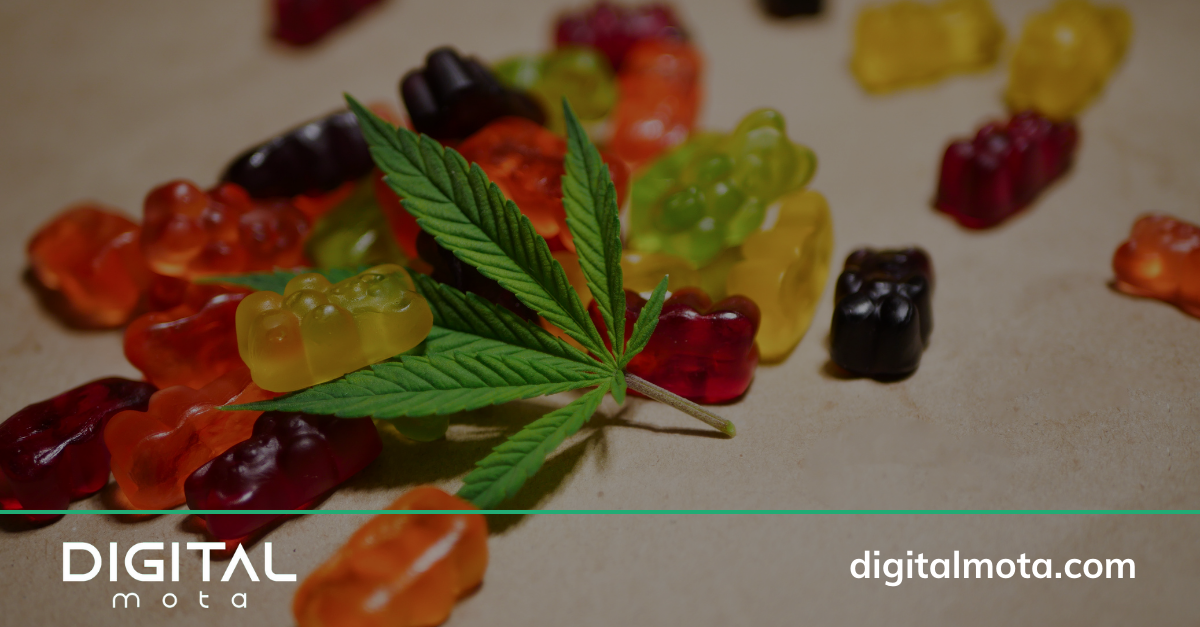 Your Go-To Agency For Edible Marketing

If you’re planning to get started on edible marketing, we at Digital Mota are here for you. Check out our three service packages which you can tailor fit to your campaigns, whether new or existing.

Up Next
How Will Federal Cannabis Legalization Affect THC Digital Marketing?

Our BOss, the only Boss that can yell at us if we do wrong..our leader father live today at 9am stay tunned. Big talk ...

Danny Star is on at 10am live

I Love you Booth sold out (must have 500k+ IG, YT or TikTok to qualify for VIP Booth)

Giveaway are regular tickets prices up to $100.

We had rehearsal for next week Staple Center Avalon event.Will last till 8am. Talking to management @avalonhollywood thank you so much for great hospitality. We can't wait till next Saturday 😊👍😃 #gasolinanight #digitalmota
@billionsbuds
Family of 10 for giving away $100 plus promo blunts
Love romBrian and Charlotte
Thanks to @angelicaahidalgo
For organizing sick & @luckiiiduck
For bringing influencers

Hosted by @dannystarceo thank you boss, we love you. ...

Digital Mota is back with another BUSINESS MIXER!🤩
This Friday, October 14th @ 5pm, we will be back with business opportunities, networking, and a chance for you to take the next step to Elevate Your Business to new heights.🚀

Direct message us or email info@digitalmota.com for more information!

Always working! Special thanks to @3ccanogapark

Keep an eye out for our LED trucks 😎

Want to advertise your business on our 4K infinity screen LED trucks? Send us a DM!

Heading to @kushstock2023 festival tomorrow? We have partnered up with @jetroom_ Adelanto to offer free parking + free shuttle ride to the festival!

Thank you to everyone who stopped by our booth at @whitelabelexpony ! It was an incredible experience for the @digitalmotaofficial team to connect with industry leaders from all over the world.

We have some exciting NY news coming soon! Stay tuned 👀

@digitalmotaofficial is taking over New York today! 2 very special events lined up for this evening. Hope to see you there!

Make sure to stop by booth 761 today to meet the @digitalmotaofficial team!

Don’t forget to stop by booth 761 at @whitelabelexpony ! This is a great opportunity to connect with the @digitalmotaofficial + pick up some free goodies!

Don’t forget to stop by booth 860 at @whitelabelexpony ! This is a great opportunity to connect with the @digitalmotaofficial + pick up some free goodies!

Here is your one chance to showcase your brand on our LED trucks for FREE!

LED truck advertising is an excellent choice for cannabis brands that want to reach out to a broad audience. Don't miss out on this rare opportunity to advertise your brand on the busiest streets in America.

Load More
This error message is only visible to WordPress admins

There has been a problem with your Instagram Feed.